Most home-owners in India choose Solar energy for reducing the electricity bill, But is it the only option and is this the holy grail? 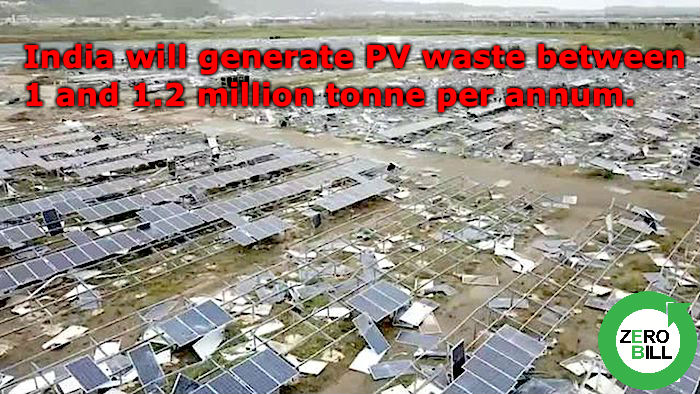 With the cost of electricity rising 10-15% every two years, you may be considering alternative sources of energy, such as solar. But before you go and install a solar system on your house, some major disadvantages need to be weighed in.

You may think that Solar panels have evolved and gives you best performance with latest technology. But in reality, solar panel have low efficiency.

Even if you’re in a prime location you will be lucky to get around 22% conversion rate, with the best and most expensive solar technology available. Which means you get very little energy out of the roof top invested into Solar.

Then there is the reality of the solar panels being damaged by strong winds or becoming almost non-functional after 10-15 years of usage. Solar panels can not be repaired easily, on top of the cost of replacing the solar panels, the panels have to be handled and disposed of properly due to the toxic compounds used inside. Almost all the panels in India end up in land-fills, causing the huge environmental hazards. Recycle could be a possible option but PV waste recycling is still at a nascent stage globally, both in terms of technical standards and physical infrastructure. and at present, PV module recycling is not commercially viable.

how can we help you?

Contact us at the Consulting WP office nearest to you or submit a business inquiry online.

Are your competitors talking about you in their boardrooms? Can every employee articulate your strategy and are they empowered to execute on it?

Since Consulting WP’s founding in 1985, strategy has been our core business. We work with companies in every industry to develop strategies that deliver results.